EAST SUSSEX, ENGLAND (August 29, 2012) — As people of all ages head back to school around the world, anti-bullying once again becomes a topic of concern. England-based author Graham J. Sharpe offers a unique look into tolerance and acceptance in his debut novel, Purple.

One of the other major themes in Purple is Graham’s belief in equality. “I meet people from all over the world,” explained Graham, “and one thing I know for certain is, despite our difference in language, color, wealth, status or beliefs, we’re all the same. We all respond to a smile. We all respond to a kind gesture.”

After a purple storm sweeps around the world, stealing millions of people, the very young and the very old are forced to work together in order to survive. Not only does this invite conflict of age and ideas but other differences also arise. Desperate situations often reveal our true colors.

“The western world is awful at looking after the elderly,” expressed Graham. “We don’t value old people or take care of them. Though, in many other countries, such as Japan, India, and parts of Africa, they do value the elder people in their society, taking care of them and having them in their homes. That’s just the way it’s done.”

In Purple, the author encourages young people to consider how it feels to be bullied and excluded. He also challenges them to consider what it feels like to grow old.

“When we’re really young, we don’t think about being really old, do we? I mean I certainly didn’t.  I’m 46 now, and I’m just coming to work out that I’m going to be old and how I will want to be treated. I hope Purple will inspire readers to consider these issues. I love to think that, maybe, the next time they have an interaction with an old person, or someone in difficulty, they’ll take an extra minute to give them some attention.”

To learn more about Sharpe and Purple, visit http://www.grahamjsharpe.com.

Purple is a fantasy adventure set in modern-day London. After a purple storm sweeps around planet Earth, stealing millions of people, four teenagers struggle to make it alone. Drawn together by a series of bizarre coincidences they soon find themselves entangled with a bunch of interfering pensioners. Among the cast of players are camp hairdresser Mr. Rupert, Pearl the loud-mouthed tea lady, and June, a psychic, who travels the world on her motorbike.

Excerpt from the beginning of Chapter One:

Ellie Arnold believes in reincarnation and thinks she may have been Marilyn Monroe in a previous life. When Ellie told her parents about this, they laughed out loud.

Twenty-three weeks later, June 22nd, one a.m. to be exact, Ellie tidied her freshly-bleached Marilyn Monroe hairstyle in the mirror. She applied a coat of red lipstick, penciled in a beauty spot and blew herself a kiss.

She’d turned the light off at ten, but insomnia must be an eight-hour virus that lurks in toothpaste. As soon as she’d cleaned her teeth and put her head on the pillow, the symptoms appeared. Too late to prevent infection, she lay alone in the dark and imagined the blood rushing AWAKE round her system: swoosh…swoosh…swoosh. It made her feet burn, her legs restless and her shoulders ache. It caused a sudden onset of wriggle-squirm-roll-flip. When it finally reached her brain, triggering an explosion of thought, she gave up and trudged downstairs to the lounge.

To learn more about Sharpe and purchase Purple, visit http://www.grahamjsharpe.com. At the age of 12, author Graham Sharpe regularly danced around the lounge to Kate Bush’s “Wuthering Heights.” Today, he still hasn’t decided what he’ll do when he grows up. So far, the East Sussex, England-based writer has worked in an ice cream shop, trained as a hairdresser, studied sociology and psychology, written for and performed with a touring theatre company, and backpacked across far-flung countries with loose change in his pocket. Graham now combines travelling with writing and he completed his first novel, Purple, during the sleepless, jet-lagged hours spent in hotel rooms around the world. Honored as a Kindle Book Review Semifinalist Best Indie Book for 2012, the 358-page ebook is available for £1.99/$2.99 (Kindle) and £7.19/$12.99 (paperback) on Amazon. Victoria is a writer, editor and the Content Manager. She loves blogging and just contributing amazing content online that can help people. She believes it can all happen one post at a time. 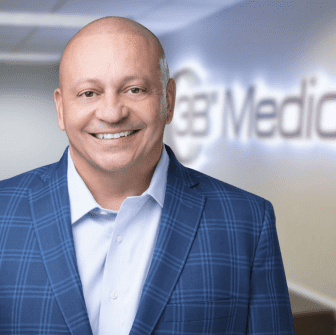